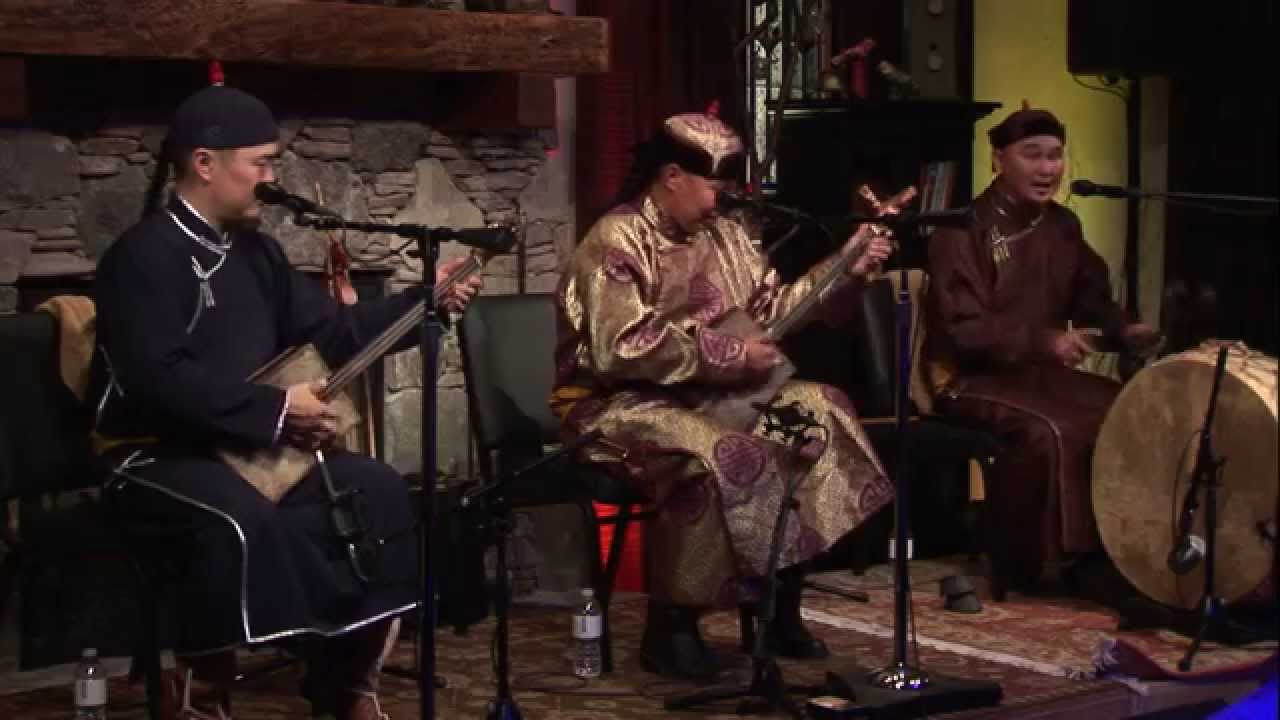 
Special Guest Artist: SAM BAKER
Sam, terrific friend of Blue Rock, is between tours in Canada and Europe.  Lucky us!

ALASH is a trio of master throat singers from Tuva, a tiny republic in the heart of Central Asia. The ancient art of throat singing(xöömei) developed among nomadic herdsmen. Tuvan throat singers can produce multiple pitches at the same time, and traditionally they mimic and interact with sounds of the natural world. Alash remains grounded in this tradition while expanding its musical vocabulary with new ideas from the West. The ensemble is named for the Alash River, which runs through the northwestern region of Tuva.

Trained in traditional Tuvan music since childhood, the Alash musicians studied at Kyzyl Arts College just as Tuva was beginning to open up to the West. They have won multiple awards for traditional throat singing in international xöömei competitions, both as an ensemble and as individuals. At the same time, under the guidance of the late Kongar-ool Ondar, they began to forge a new musical identity. Paying close attention to new trends coming out of the West, they began to experiment with complex harmonies, western instruments, and contemporary song forms.

Alash appears as guest artists on Béla Fleck & the Flecktones’ holiday CD in 2008, which won a Grammy Award.  Alash has enjoyed a longstanding musical partnership with the legendary Sun Ra Arkestra, and they have collaborated with musicians across the spectrum, from jazz to country to classical.

The ensemble was awarded first prize in Tuva's International Xöömei Symposium competition in 2004. At the Fifth International Xöömei Symposium in 2008, three Alash musicians swept the top prizes for individual throat singing. In 2007, Alash member Bady-Dorzhu Ondar was named People's Xöömeizhi of the Republic of Tuva, the youngest person ever to receive this prestigious award. In 2009, Alash member Ayan Shirizhik was named a Merited Artist of Tuva. In addition, Quirk and all Alash members play in the Tuvan National Orchestra, which has won both first prize and grand prize in the All-Russia National Orchestra and Ensemble Competition.

Alash has released three CDs of its own:

Alash Live at the Enchanted Garden (2006)

The members of Alash: